Yes, Paris has it!  We are honored to tell you that in the very center of Paris, there is a kid friendly’s place, but not only, it is also supporting the wellbeing of their parents. So, if as a tourist or a Parisian, you had no idea of where to gather the pleasure of everyone in the family at the same time, now you will think 7/7 from 8’ to 8’, at Happy Family.

Design here was part of the concept: a space allowing pleasure and circulation of people, from the coffee break at the entrance to a variety of rooms including massage or hair saloon, and yoga session among others, a shop corner, with the atmosphere of old stones, but far away from a heavy style. For the 6 to 12 years old, a small relaxing room, for reading purpose is open from the snack area. And a special twin zone is dedicated to the youngest, from 0 to 6 mainly, equipped with secured material (and France is picky that way), on the behalf of a trained girl. They are two, but my son met Aude and was attracted instantaneously to stay, letting me do my work. If we chose the place, it is because of the strong and well–realized idea, and because of its effective pureness. The only touch of infancy is the soft motive of the roof: each zone is covered by its own, the opportunity for the designer, Stéphanie Langard, to help acoustic insulation, and to give an identity to this future spot. Far away from the garish colors often applied to childhood, the focus is neutral, with touches of yellow-saffron in order to keep the light in. Other furniture signed by the designer is to come for the hall, meanwhile, we already appreciate the place and its sobriety. 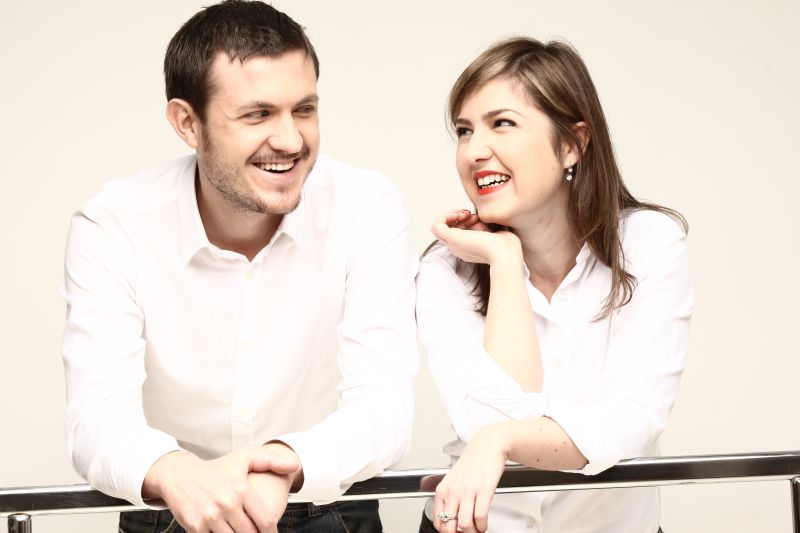 Garance et de Bastien Yverneau, a sister and her brother, creators of the Happy Families concept.

Mirra 2, the next
Imaginary office stories